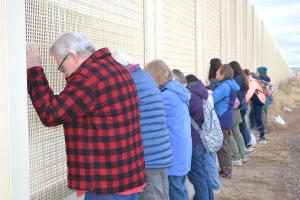 A group of students from the Academy of the Holy Angels is broadening their horizons and learning about one of the province’s four commitments: immigration reform. Five students travelled to Arizona and Mexico for SSND’s Mission Awareness Process (MAP) experience.

Read about their visit to a migrant center in Nogales, Mexico.

The student group from Holy Angels were welcomed to Arizona by not only the School Sisters of Notre Dame but also the sisters’ large network of friends and partners who work together to help migrants.

Linda and Jack Knox, two of the many kind people we met in Douglas, provide shelter to people in need using the second property they own as a de-facto shelter. For our group, Linda and Jack opened their home to us for breakfast and for sharing Sunday morning. They then led everyone on a walk to the wall that lines the U.S.-Mexico border in Douglas. Jack shared with the group about the times he spent in Douglas during his childhood and remembered the border when it was much more casual.

“It was essentially a fence with holes in it,” he told the group. “People would pass through frequently to visit family members.” 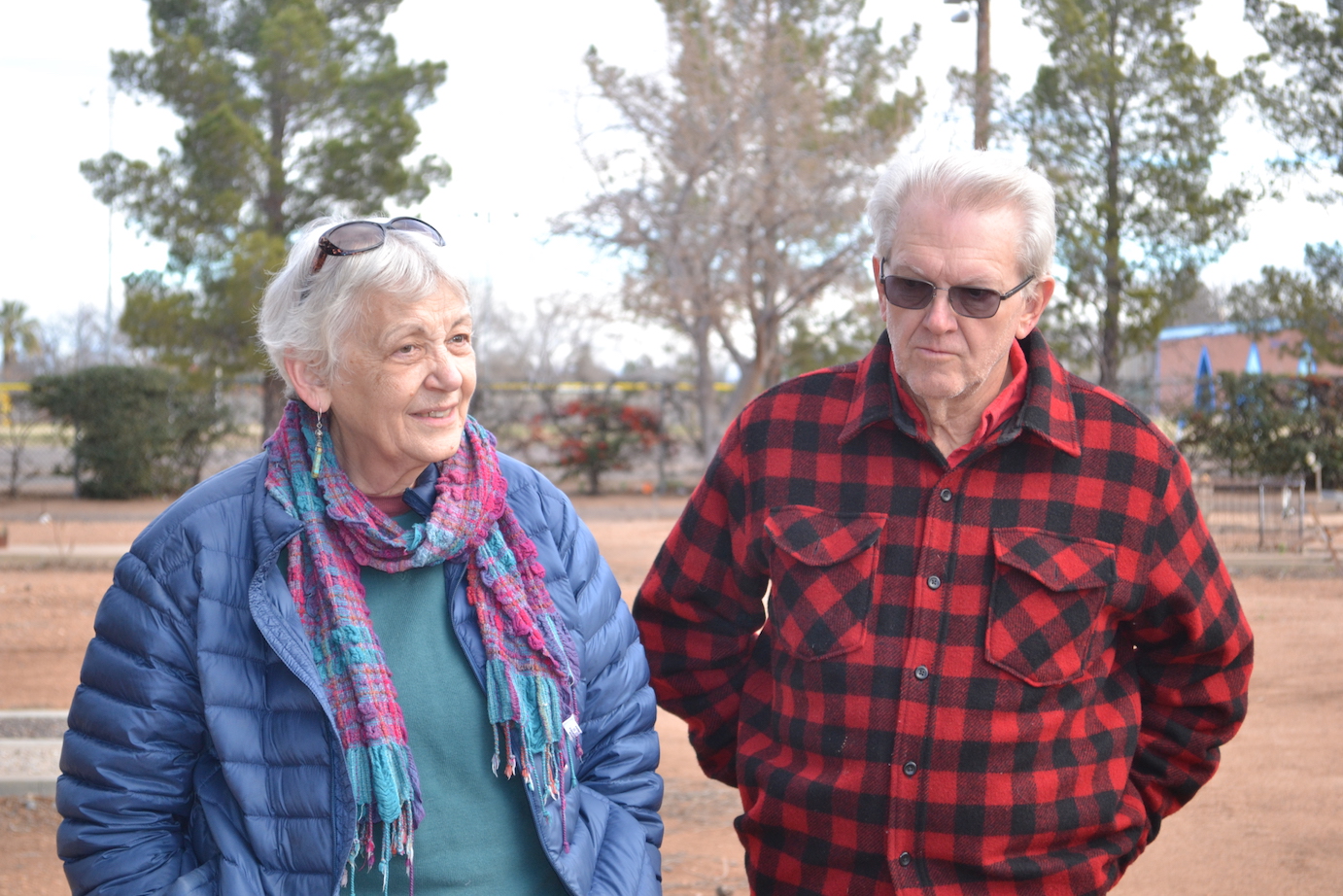 Jack mentioned as a child he would go through the holes in the fence to play with children on the other side of the border. And that border patrol agents would help people coming through the fence by giving them rides to where they were going and return them to the fence hole at the end of the day, instead of taking them to the official port of entry, as people need to do now.

When we approached the border we didn’t see a fence full of holes. We saw two tall barriers. Jack and Linda led everyone in a circle of prayer and then the students prayed at the wall to bring positivity and hope to a wall that many see as negative and divisive.

Then in another gesture of reception, Linda and Jack walked with everyone to the local cemetery where the city of Douglas has paid to bury unnamed migrants who died trying to cross into the U.S. Many of the graves were dotted with flowers and other gestures of remembrance.

Holy Angels religious studies teacher, Joan Connelly remembered all of these moments of altruism later when the group gathered to reflect on the day.

She added that the hospitality Linda and Jack show to the world is inspirational and this encounter at the wall and with them made her think of how she can live the virtue of hospitality.

For more photos of the Holy Angels MAP experience, check out our Facebook page.