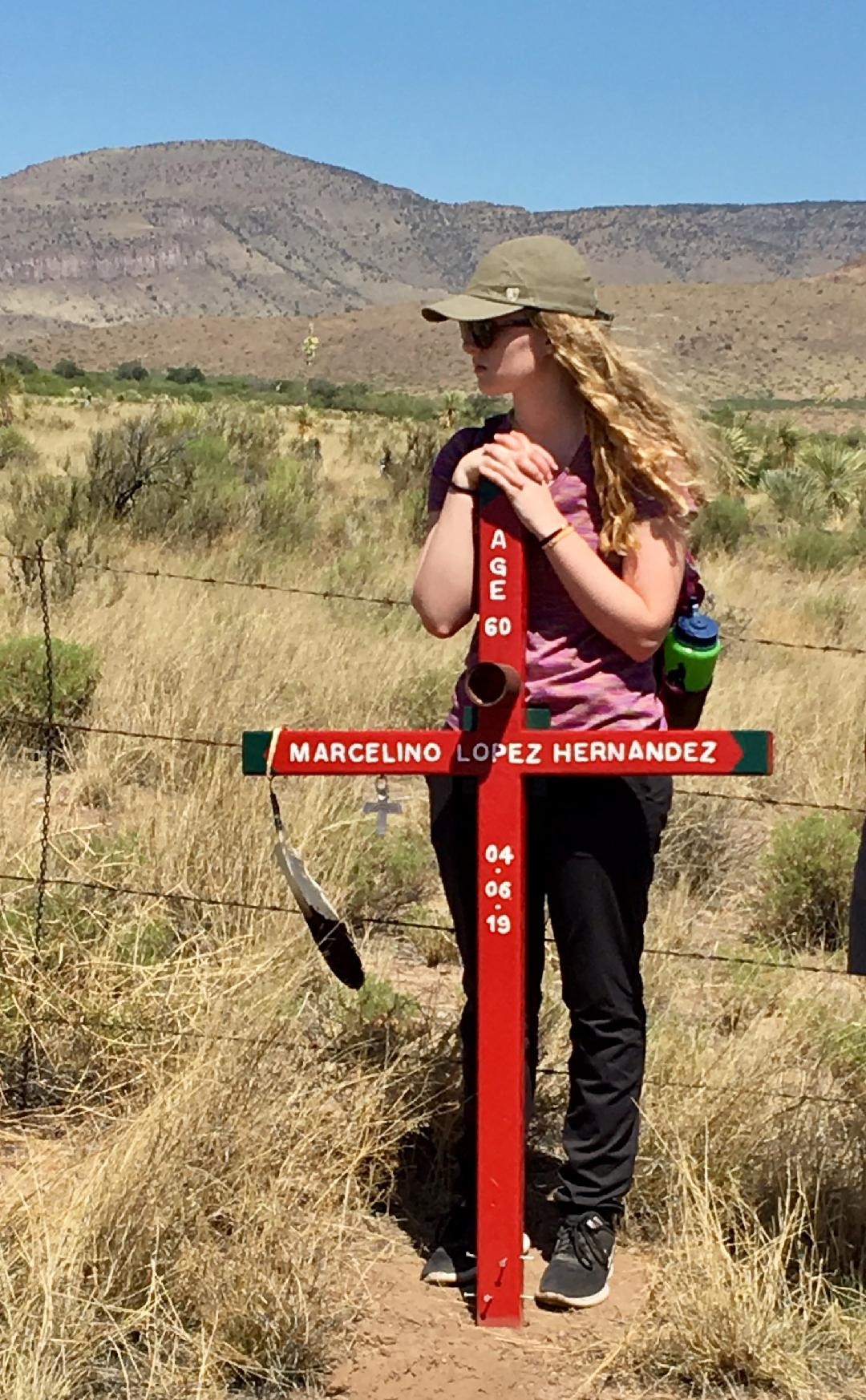 Shelters, shackles, deportation, and loss of life are part of the migrant experience near the southern border. This summer, teens from the Academy of the Holy Angels traveled to Arizona and nearby towns in Mexico to bring basic health care supplies, clothing, and words of hope to those aspiring to better lives. The teens and their chaperones took a close look at migrants' lives as they visited a local courthouse, lent a hand at a shelter, and participated in a cross planting to honor a man who died in the desert -- one of many who perish as they try to reach the United States of America.

“We visited La Roca, a shelter for migrants, in Nogales, Mexico. It was a small, crowded shelter that housed about 70 people,” Sophia Luongo said. “The people were mostly young children, along with parents and other adults. There were extremely little babies, and the children were very skinny. They crowded around us as we distributed essentials, including clothing, soap, shampoo, conditioner, and body lotion.”

Noting the poor living conditions at La Roca, Luongo said that the people there were very grateful for the clothing and toiletries. She added that their appreciative reaction inspired her to become more involved in helping the migrant population.

Emily Diaz commented on the group’s journey to Casa Alitas, a Tuscon-based center for migrants who are awaiting transportation to their sponsors in the USA. “I spent time working in the clothing room, where I was one of the few volunteers who spoke Spanish. Being bilingual truly helped me and made me love the beautiful language even more,” Diaz noted.

While working in the clothing room, she met a father and his nine-year-old son, who were migrating from Mexico to New Jersey. 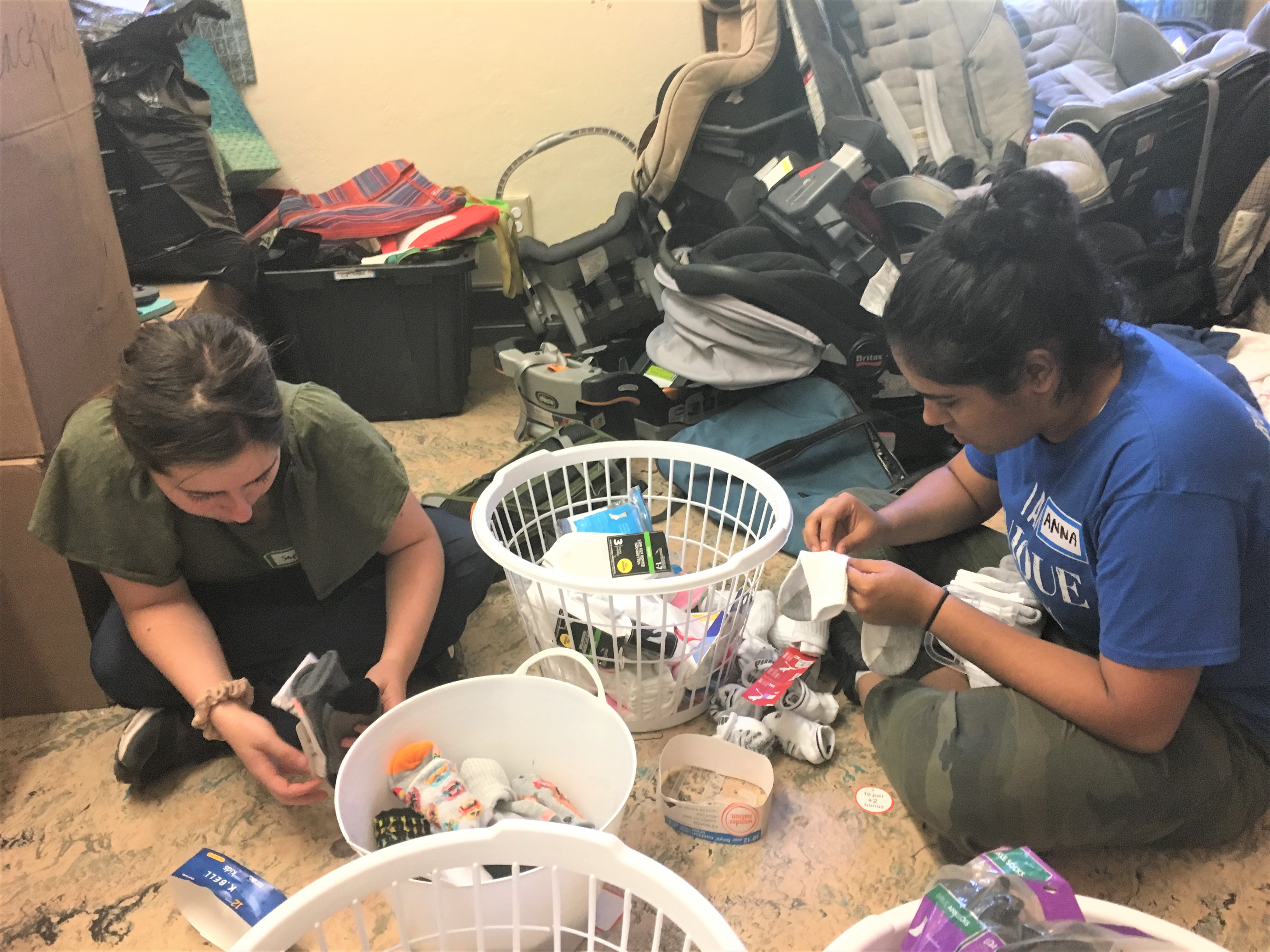 “I helped them gather sneakers, jeans, and shirts for themselves. As I was doing this, I noticed how the father made sure his son got everything he needed first before he could even think about getting things for himself. This really impacted me, because I began to realize that parents always put their children first, and that the reason they immigrate here is so that their children can have a better life,” Diaz added.

Grace Flynn reflected on the group’s effort to provide humanitarian aid for migrants in the desert. “It gave me the opportunity to help those in need and to look after others through humanitarian care,” Flynn said. She added that she used her knowledge of Spanish to write notes for future migrants. “(This) made me feel even more connected to the migrants, hoping to motivate them and instill in them a sense of hope, as they are not alone. I hope our efforts will be a small step in healing migrant spirits and making their journeys a little more bearable.” 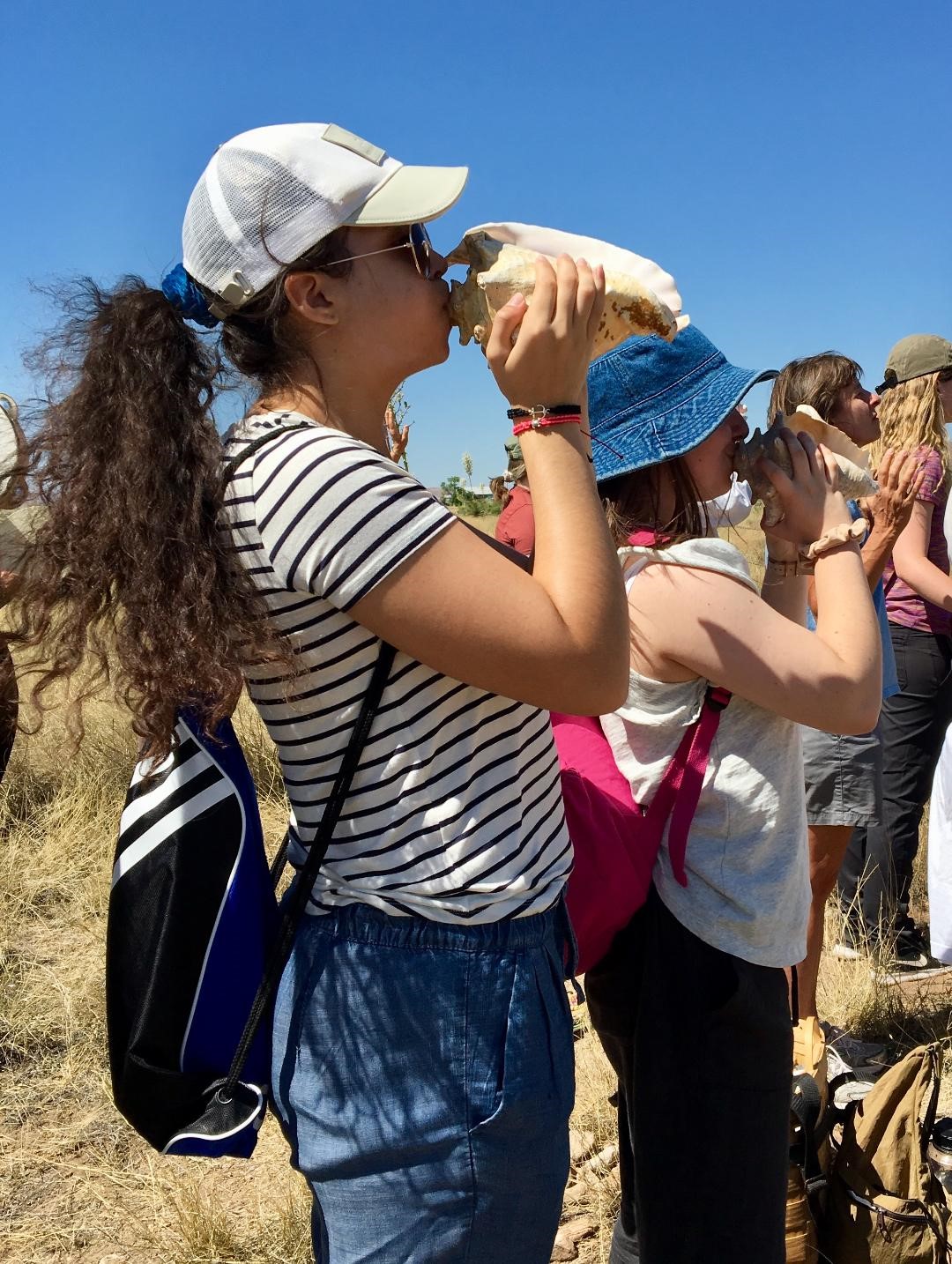 Describing the group’s experience at the local courthouse, Annabele Hazrati said, “I was especially moved by the heavy, metal shackles put around the migrants’ wrists and ankles during the Operation Streamline trial. I remember thinking about how uncomfortable the handcuffs looked, and seeing that they were on every single migrant, including one man who had an injured wrist,” she wrote, noting that the process had a dehumanizing aspect.

Other times, journeys come to an abrupt end in the desert. “We went to a cross-planting ceremony that honored and remembered a migrant named Marcelino Lopez Hernandez, a 60-year old man who died in the desert,” Kayla George wrote. “The ceremony took place on the side of a highway, the location where Marcelino’s body was found. The ceremony today was a very powerful event for me. I didn’t expect to feel so connected to Marcelino and his family. Through the prayer that Gabriel, a Native American deacon, led, I felt connected to Marcelino and his difficult journey through the desert. It made me wonder how his family felt about this tragedy. I thought of their pain, grief, uncertainty, and upset. I wondered if he had a wife, children, grandchildren, etc.

“I saw the power of prayer when Gabriel led us through the Native American and Christian prayer. With the chanting, instruments, and movements, I felt as though we were honoring Marcelino in a unique and powerful way.”